The Owner and Founder of Aethier

Serethia
After reviewing the performance stats for the past week, honestly the Minecraft 1.14.4 update looks dire. I wont lie.

This update clearly is coded poorly, and the lag issues with are bordering the server actually being playable or not. See the stats for yourself:

When the player count goes above 50, the server's TPS starts to drop. The TPS means Ticks per second. To run properly, Minecraft should be running at 20 per second. Think of this as the server's framerate. How many times it does- everything per second. (It also appears as though when players started to spread out, and the chunks loaded increased, this also had a serious effect)

As this drops, the server tries to compensate, slowing down chunk loads, disabling the physics engine, lowering spawn rates, and so on. What i can dedude, is that this has nothing to do with the server host or how its set up, This is an issue with Minecraft 1.14.4 itself.

To fix this, and since we cant backdate maps, The best bet we have is to update to 1.15.1, however to do this we will sacrifice the, barely working MPM.

What do you all think. Worth the risk?

Suldar
Patron 1
Won't 1.15 have even worse issues since it is newer?

Suldar said:
Won't 1.15 have even worse issues since it is newer?
Click to expand...

MakeshiftDoggo
Patron 1
I'd be willing to sacrifice my mpm to update if it gets out of the lag, mpm currently is already very buggy in my opinion. I'd rather have more stability then some laggy and buggy luxuries.. but I can stay on 1.14.4 as well.. it is not too big of a deal to me and I will be happy either way.

Cukie1
Patron 2
My big question is regarding the plug ins. Are they all updated to 1.15? How soon would this update be if not?

Fuzzy_Yeti
Patron 7
Most the mods are gone anyways, as long as the plugins are ready I say let’s go for it.

ButtonEyedGirl
Patron 1
The Optifine progress report says 1.15 is somewhere like 55% done? Someone estimated a release for that in early February based on how long its taken so far, so there's not a long wait if you, like me, want things to be very pretty.

RedAttendant
Patron 7
Mpm and everything will update eventually anyway. We can live without it until then I think.

DayLighter
Patron 7
Unless I am mistaken, plugins like FAWE aren't ported to 1.15.1 yet. This is majorly why my choice is to stick with it. 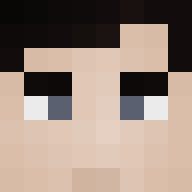 NoirThief
Patron 2
Should we wait till the plugins are updated to 1.15, then say screw MPM for now. Anything less stressful option

Vindicatur
Patron 6
We could update in early february when MPM, FAWE and optifine are nearly done, too.

karasu1996
Patron 2
Imo we have gone a few months before without FAWE, nothing harmful in doing things with our barehands for now

dogbew
Patron 7
The problems with 1.14 aren't that big a deal in the long run, the main issue with it for now is the fawe issues which are going to bed fixed on 1.14 before they're going to be on 1.15. Don't put us even further behind in plugins and client mods to save a bit of lag.

TZUGARIS
Patron 4
I retract my statement, I'd like to actually be able to do my job without wacky bugs in the FAWE plugin. Keep the lagfest for now.

Vindicatur
Patron 6
im fairly sure FAWE is updating straight to 1.15 next month-ish anyway so we can likely afford to wait til february, unless it gets REALLY bad

Users Who Are Viewing This Thread (Users: 0, Guests: 1)